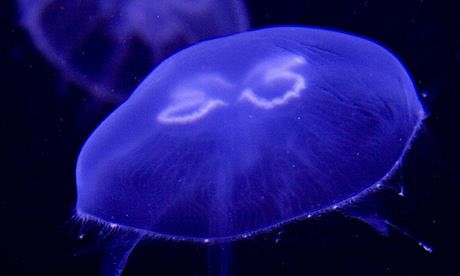 David Cameron is known for floating serenely above the political fray, suffering very little damage to his own reputation even as his government is forced into U-turns or his ministers are forced to resign.

But on holiday in Lanzarote this week the prime minister's luck ran out. Bobbing gently in the Spanish waters, Cameron suddenly received a painful sting from a jellyfish.

It seems that the PM was warned that "there's loads of jellies down there" as he approached the sea at Arrieta beach, and prudently removed his children from the ocean.

But he waded in himself, subsequently emerging "shouting in pain", one local told the Daily Mirror.

Downing Street said the sting was minor and did not require treatment.